DISCLAIMER: I am not a doctor, nor do I play one on TV. I do not hold a current medical license or certification (I let them lapse because I no longer work in the medical field and don't intend to ever again). What I do have is an extensive medical background in various fields. Everything you read here is the result of either education, training, research and interpretation, or personal experience.The information in this post is not to be taken as a substitute for professional medical advice or examination. Seriously, if you're having an immediate medical problem and you're reading this blog for help, get off the damned computer and call an ambulance!

That being said, let us continue. This is the third post in a series inspired by our lovely Bitchstress Dreamkiller called "Ask Dr. Dina." As the above disclaimer states, I'm not really a doctor, nor have I ever been. I have worked in the medical field in various settings and have an extensive and varied medical background. These posts will all focus on how medicine applies to your writing.

Today we're going to talk about trips and falls.

We've all done it. We've all tripped over our own feet, the cat, shoelaces, curbs, anything. We've all fallen – out of bed, off a chair, off the bottom step.

While most trips and falls result in nothing more than bumps or bruises, some are more than they appear. The body is amazingly resilient and can handle a great deal, but it is also amazingly fragile, and things you wouldn't think hurt actually break bones.

I speak from personal experience here. About seven years ago I tripped and fell in a parking lot when I stepped on a piece of gravel. Everything at that moment combined – my boot/ankle turned inward, I was off-balance mid-step, there wasn't any way to regain my balance despite years of kickboxing and gymnastics training. I was going down and I knew it. Amazing how quickly you process these things. Fortunately, thanks to the above mentioned training, I know how to take a fall. (Yes, there are "ways" to properly fall.) I hit the pavement hard, face first. Talk about a faceplant. Also fortunately, I'm a Goth and it was early spring, so I was wearing my full-length black leather trenchcoat. I'm also a small person, so said coat reaches my ankles and wrists. This was, as stated previously, fortunate, as when I went down, my arms that came up to protect my head were both cushioned by and protected from injury by the leather. My head was in turn protected by my arms.

Not so fortunate were my knees. They took the brunt of the force when I hit the ground, and I tore the left leg of my jeans.

All of this took place in less than five seconds. One second I was upright, the next I was face first on the ground.

It's instinctive of me with my background and training to do an immediate "self-diagnostic" to determine injury before moving if something has occurred. Having done that, I waved off my husband's offer of help (he was quite horrified and very chivalrous) and got up myself. Once upright I checked myself over for changes in status – sometimes it takes a few minutes to several hours or even days for injury to become apparent – and found nothing injured but my pride (fortunately it was dark in the parking lot and we were alone and no one but him saw me kiss the dirt) and carried on into the theater. I noticed the torn knee of my jeans as we took our seats, but shrugged it off as it was a small hole, and naturally asphalt is rough, so meh. Shit happens.

As we watched the play, I did note that the small hollow on the outside of my left knee throbbed a little, but hey – trauma. Hurts gonna hurt. Plus, I have a high tolerance to pain. So, meh. After the play I went home, cleaned up the tiny little scrape under the torn material, took an ibuprofen and promptly forgot about it.

Occasionally it would throb and I'd notice it, but I'd also ignore it. Meh. Of course it hurt. Asphalt is hard, la la la. I noticed it would hurt more when I did things like walking my dog or climbing up stairs. Again, I ignored it.

I ignored it for 10 months.

After a long trip in which my knee throbbed insanely annoyingly for a good bit of it, I was at my doctor for something completely unrelated (I think it was an ear infection, which I don't mess around with – another post on infection a different day), he asked me if anything else was bothering me. I mentioned my knee. He poked and prodded and scowled and said, "let's get that x-rayed."

So down to radiology I trundled, orders in hand. La la la, pics taken, xray read, report to doctor and…

"Looks like you have an old healed fracture there," he said, pointing to the offending spot on the film. "Right there at the head of the fibula. Looks like the tibia took a nice crack, too. How did you say this happened?"

(For those who aren't familiar with anatomy, the fibula is the thinner leg bone on the outside of your leg, and the tibia is the bigger one, often referred to as your "shin bone.") 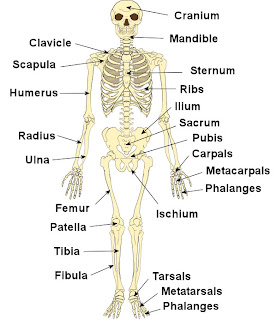 Fracture = break. A lot of people mistakenly believe that a fracture is a type of break, but it's not. There are degrees of breakage, from hairline to compound fracture, but they all mean the very same thing – if you fractured a bone, you've broken it. The degree is what matters.) and while it should have been treated/set, it wasn't as bad as it could have been. Hell, some strains and sprains are a lot worse (these are soft tissue injuries I'll discuss in another post) and hurt more.

My point is, severity of the trauma doesn't necessarily indicate severity of the injury. You can go through a horrific car accident and emerge completely unscathed. You can break a glass in the sink and sever your radial artery. It just depends.

In my case, it was a tiny little fall. Honestly. I've fallen harder in the gym. But it wasn't about how hard I fell. It was about how I did. I fell, I hit my knees, I fractured my left fibula and tibia. The patella was fine (kneecap). That thing can take massive amounts of pressure (it's designed to), but can still fracture, and that's obvious from the moment it happens. You generally aren't able to stand/walk with a fractured patella. I could stand and walk, so naturally I figured I was fine. I wasn't. I'd broken my leg. I should have gone to the ER/doctor ASAP. I should have had it treated and set.

In your writing, keep this in mind. Even something you think isn't at all serious can have an effect, even days later. Swelling, inflammation, pain – keep all these in mind, especially if you do a series. Ilona Andrews is awesome about this in her Kate Daniels series. Kate suffered a serious injury to her knee in one of the books, and it pops up as problematic every now and then because it's damaged and will take years to heal, if ever. Some things will always have issues, and keep in mind that a broken bone, while generally stronger in the area that's been healed over, will never be as whole or functional as it was before it was broken.

You'll hear older people talk about how they know a change in the weather is coming because something on their body is "acting up," or of how certain body parts hurt years later because of an old injury. You see this a lot in sports medicine/athletes. If your character has been injured in any way, keep that in mind and don't just make everything fine in the next chapter or even the next book. If you're going to put your characters through hell, they should at least suffer the consequences.

There's a certain character I will not deign to name that I despise (hint: it rhymes with "hella.") who has what is supposed to be a "charming little quirk" of clumsiness. If you're going to give your character a "quirk" like this, remember that there are results.

Cause. Effect. Easy peasy. You can't have something happen to your character - medically or otherwise - without a result. Everything results in something.

For instance, writing this blog post has made me desire more tea. I shall now go fulfill that desire.

Questions about medical issues with your writing? Leave them in the comments below and I'll get back to you as soon as I can. (THESE MUST APPLY TO FICTIONAL SITUATIONS ONLY. I AM NOT YOUR DOCTOR, NOR A SUBSTITUTE FOR ONE.)
Posted by Unknown at 3:50 PM